In the 5th century before Christ, when the beautiful Akragas was in its greatest splendor, weddings were celebrated in two parts: the first was in the front of the altar of sacrifices of Hera’s temple (Juno), the highest of the hill of the temples, where a domestic white animal (sheep, goat) was sacrificed offering the goddess the interiors, the fat and bones were burnt infront of the temple…
the smoke rose high to feed the gods; the meat that remained was cooked on a barbecue and offered to the guests, after this, everybody was invited to the groom’s home to celebrate “THE WEDDING”
The priestess gare the groom a belt made of strands of gold which he placed around the bride’s waist and tied it with a special knot, Hercule’s not (it’s why still today we say: He ties the Knot!!) and the bride never removed this belt. after this, the priestess gave the groom crowns of ivy, a symbol of eternity and the groom vows eternal love, and this point the groom offers with his right hand: Protection, love and his surname. The bride places her right hand on the groom’s hand accepting what he is offering.
When the cuople expected their first child they returned to the temple together with a small group of people, the husband removed the bell from his wife’s waist and gave it to the priestess, who then gave it to the goddess thanking her for the gift of maternity. 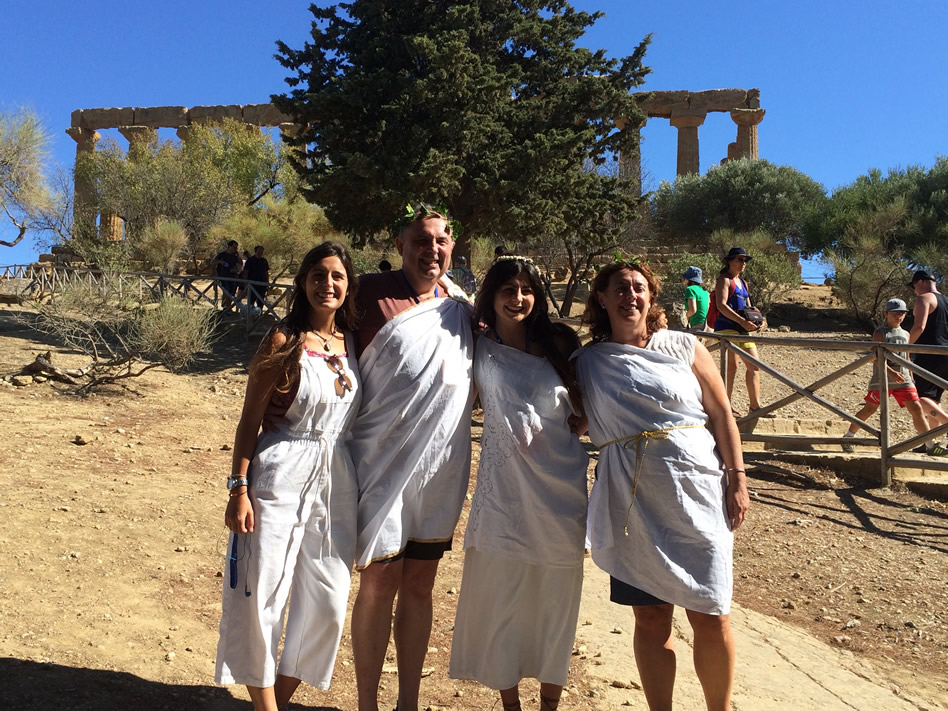